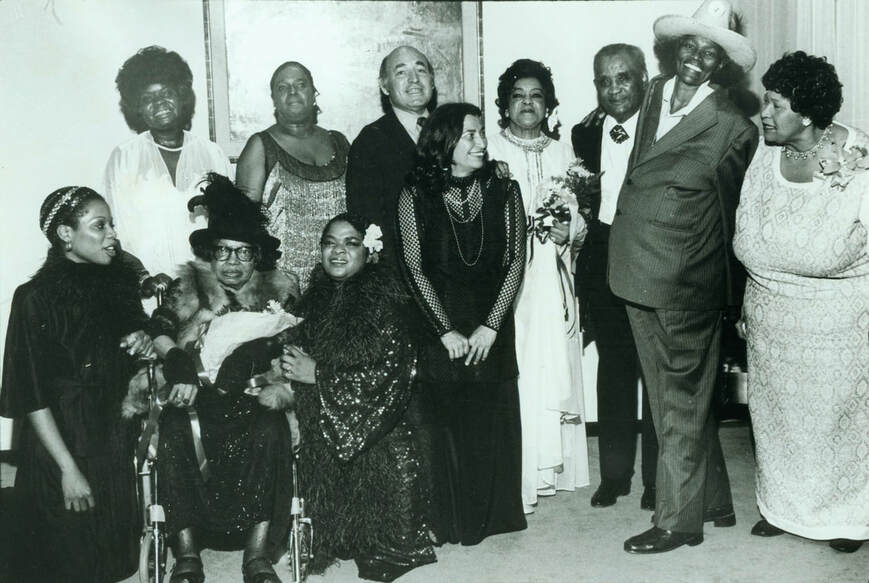 Blues Is a Woman, 1980, 1981, 1990
This concert, produced by Rosetta, emphasized the history of female blues singers. It was hosted by Carmen McRae.
Click here to read for the NY Times article about this concert.
Performances at the Newport Jazz Festival at Avery Fisher Hall (1980), the Hollywood Bowl (1981), and Boston's Symphony Hall (1990). Click here to listen to the Blues Is a Woman Concert at Newport Jazz Festival in 1980.

Wild Women Don't Have the Blues, 1981
This concert featured live performances by Nell Carter, Linda Hopkins, and Sippie Wallace along with choreography, film clips, and slides. The performance was held at the Kool Jazz Festival at Avery Fisher Hall.

Women Blow Their Own Horns, 1981
This concert, also produced by Rosetta, was hosted by Melba Tolliver at the Kool Jazz Festival at Carnegie Hall (1981) featuring over twenty female jazz instrumentalists and ensembles.

Shouters and Wailers, 1982-1996
An evolving presentation by Rosetta based on numerous film clips of early female jazz and blues musicians. 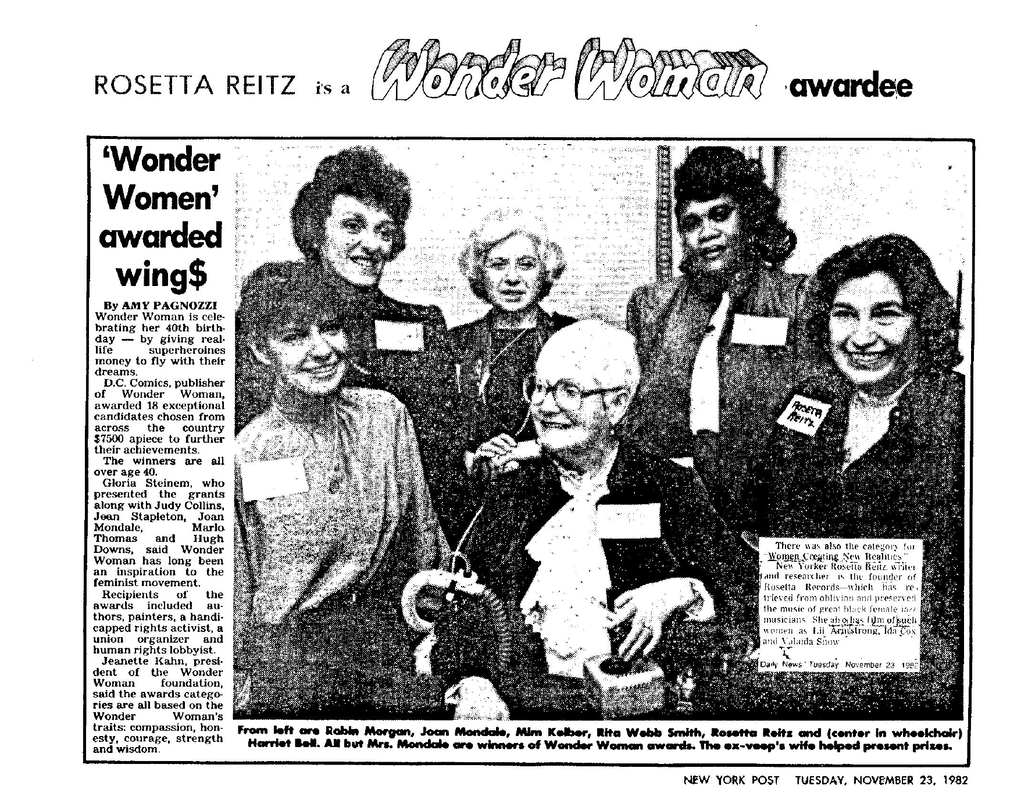 ​Rosetta was the recipient of the 1985 Indie Award for her Lil Green release in the category of Historical Releases,
presented by the National Association of Independent Record Dealers (NAIRD)

Rosetta was honored as one of the first to receive a Wonder Woman Award, initiated by Warner
Communications in 1981. It awarded $7,500 to women over the age of 40 who showed a
potential for significant work.

She also received a grant from Thanks To Be Grandmother Winifred Foundation, a financial award given to programs that have positive affects on the well being of women 54 or older.

The Veteran Feminists of America awarded her the Roll of Honor for Feminist Writers in 2002. This was in tribute to her book, Menopause, a Positive Approach.

Devil in the Flesh 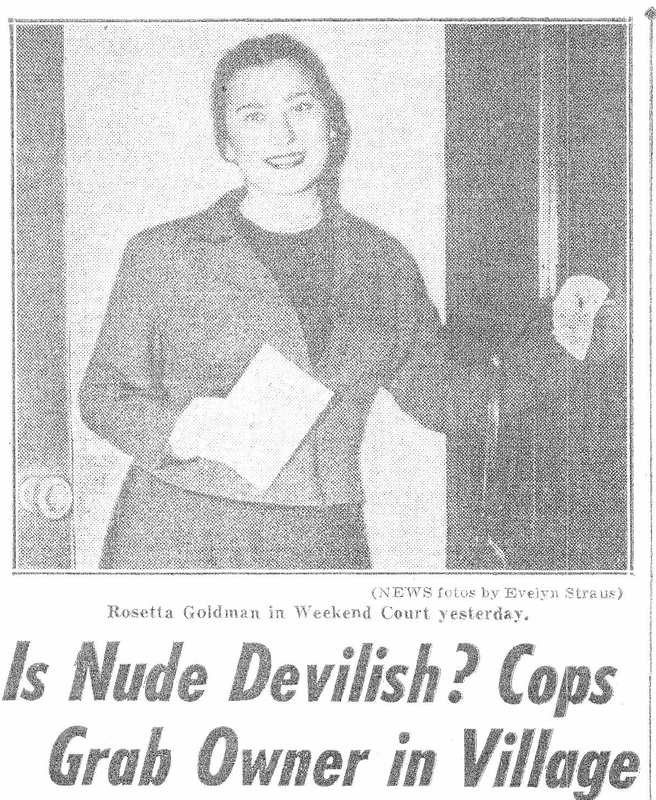 In the late 1940s and early 1950s, Rosetta and Robert Reitz owned a bookstore called, The Four Seasons.
​Quote from Rosetta:
​There was a new paperback translation out of Raymond Radiguet’s “Devil in the Flesh.” We were excited about the book. I think it was 1950. My future husband Robert Reitz found a department store mannequin without a head. He gave it a pointed beard and put it in the window.

​I opened the door Saturday morning and there was a cop standing in front of the window. When the store closed at 11 p.m., I was arrested for having an indecent window display. My lawyer bailed me out. The newspapers had a field day, running headlines like “Curvaceous Bookstore Owner and Devil in the Flesh.”

The assistant district attorney was a literary guy. He knew it wasn’t a trashy book. The art critic Clement Greenberg was on the jury. We had artists as witnesses. The case was dismissed. It turned out the bishop had called the complaint in, because the display would corrupt the morals of local schoolchildren.
From the blog, The Last Bohemians.

Duke University
​
The "Rosetta Reitz Papers" have all been catalogued at their home at the Duke University Library. This is a wonderful situation for scholars of music and feminism to benefit from Rosetta's work.  Also, we are happy to know that her efforts are preserved and appreciated.