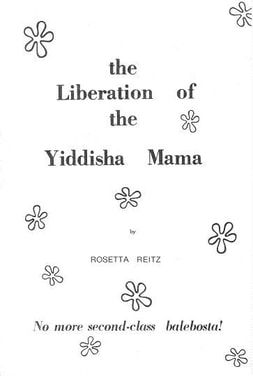 ​The Liberation of the Yiddisha Mama
This article first appeared in the Village Voice on February 11, 1971.

This reprint was made to be given away free, along with other papers, at the MOTHERHOOD Conference (exploring the politics of) sponsored by The New York Radical Feminists at P.S. 41, May 19, 1974.

​Where to go in Greenwich Village, published 1961
A complete guide to more than 200 places for dining and entertainment. This book was written around the same time that Rosetta wrote for the Village Voice. Her columns alternated between DINING IN, where she offered recipes, and DINING OUT, where she reviewed restaurants. 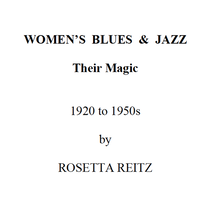 Women's Blues & Jazz, Their Magic, 1920s to 1950s
This is the book Rosetta was working on when she died in 2008.
Unfortunately it was never published, partly due to the enormous challenge of including photographs and song lyrics.
We have included a pdf of the Introduction here.
​