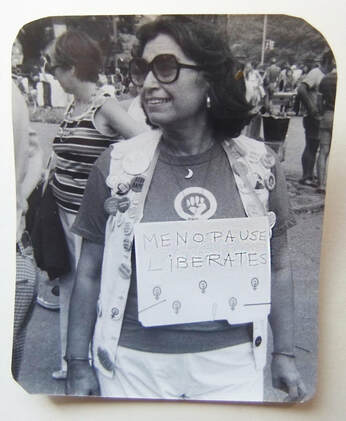 Rosetta died on November 1, 2008 of natural causes at the age of 84, surrounded by her three daughters.

Rosetta became an expert at the various passions she had.  She loved jazz and retrieved lost women's jazz and blues on her record label.  She was a feminist and wrote a groundbreaking book about menopause. She loved mushrooms and wrote a cookbook.

Rosetta created the record company Rosetta Records which reissued historic records. Founded in 1980, her label received widespread critical acclaim and has been called "a landmark in the recording industry" and "a musical crusade."  In her Women’s Heritage Series and Foremothers Series, the company produced 19 records, some of individual artists, like Dinah Washington and Ethel Waters, some thematic anthologies, such as Railroad Blues, Jailhouse Blues and Mean Mothers, her first album.  For these records, she selected the music, wrote detailed liner notes containing extensive historical research and incisive commentary,  and designed the artistic jacket covers.

Rosetta’s efforts played a vital part in the revival of interest in lost women’s jazz and blues.  She insured a place for women’s music in the future academic study of jazz history, and more importantly, her insights influenced a new appreciation of the power of this music and introduced it to new audiences.  For example, Alice Walker has been quoted as saying that she was inspired by listening to Rosetta’s records and reading her notes while working on “The Color Purple."

Rosetta was the first to produce women's blues/jazz concerts for the Newport Jazz Festival, at Avery Fisher Hall in 1980 and again in 1981.  She also produced concerts at Carnegie Hall and the Hollywood Bowl.  The Bessie Smith postage stamp finally was issued in 1994, due to Rosetta’s persistent lobbying efforts.  At the time of her death, she was working on her book about the blues women. 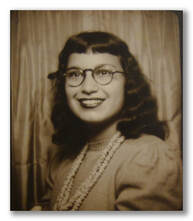 Her love of the music goes back to her early teen-age years when she was a Lindyhopper behind the bakery in Utica, New York where she was born and grew up. Her jitterbugging improved while at the University of Wisconsin and she never gave up her love of the music even after she moved to New York but delved deeper into it. It always remained basic to her life during her various careers.

After leaving the University of Wisconsin, she moved to New York City, where she remained a “New Yorker” for the rest of her life.  Her first job was at the Gotham Book Mart, a position she sought because the best books were sold there.  She also went to 52nd Street to listen to jazz.

After two years she opened her own bookstore in Greenwich Village, the Four Seasons, eventually married Robert Reitz, and a few years later had three daughters, Robin, Rebecca, and Rainbow.

The Four Seasons bookstore was an influential cultural institution on the Greenwich Village scene of the late 1940's and 1950's.  Her store helped promote and foster the careers of many important writers such as James Baldwin, Saul Bellow, and James Merrill, who first exhibited their early work there.  Rosetta presented the initial publication party for Ralph Ellison’s “Invisible Man”.  Rosetta also challenged the New York obscenity laws when she was arrested for one of the bookstore’s avant garde displays.  Edward Field’s valedictory poem to this era, “The Last Bohemians”, was dedicated to Rosetta.

The third love of her life, in addition to jazz and books, was food.  Giving that area focus, Rosetta also devoted a part of her professional career to culinary matters.  She wrote the food column for the Village Voice for four years in the early, heady time soon after the Voice started; wrote a book called Where To Go In Greenwich Village, taught a course in "The Geography of Food" at the New School, and published her cookbook, Mushroom Cookery (1965).

Thirty years later Rosetta was again teaching at the New School, "Women In Jazz," illustrated with her archival film collection of the women. Before that, she spent a stint of four years on Wall Street as a stock broker and then four years as the Classified Manager of the Voice.

Rosetta was active in the feminist movement. She belonged to the New York Radical Feminists and was one of the founding members of O.W.L. (Older Women’s Liberation.)  Her essay for the Village Voice, The Liberation of the Yiddisha Mama, offered a historical and feminist perspective from the mama’s point of view. She facilitated workshops and was a speaker on issues re-examining attitudes about menopause.  As a result, she researched and wrote the book Menopause: A Positive Approach in 1977, which was a Book-of-the-Month choice and remained in print with Penguin for 20 years.

While teaching "Women in Jazz" at the New School Rosetta was a guest lecturer at many universities. She has also presented her lecture with films at the Walter Reade Cinema at Lincoln Center, The Smithsonian, Festival der Frauen in Germany and various museums. For over 10 years she was the creative consultant and co-writer for a Hollywood film about the International Sweethearts of Rhythm and was co-producer of a documentary about them in 1986.

She was a recipient of the Wonder Woman Award in 1982 and a Grandmother Winifred grant in 1994.